Deprecated: Array and string offset access syntax with curly braces is deprecated in /home/dreampleasuretou/public_html/administrator/components/com_easyblog/includes/string/string.php on line 475

Deprecated: Array and string offset access syntax with curly braces is deprecated in /home/dreampleasuretou/public_html/administrator/components/com_easyblog/includes/string/string.php on line 477

Deprecated: Array and string offset access syntax with curly braces is deprecated in /home/dreampleasuretou/public_html/administrator/components/com_easyblog/includes/string/string.php on line 478

Deprecated: Array and string offset access syntax with curly braces is deprecated in /home/dreampleasuretou/public_html/administrator/components/com_easyblog/includes/string/string.php on line 479
 Spanking Women: How and When to Spank a Bad, Bad Girl

Spanking Women: How and When to Spank a Bad, Bad Girl 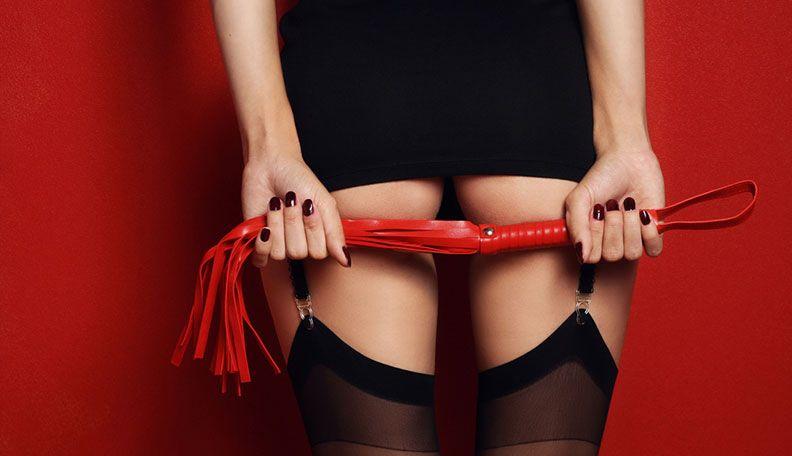 Instead of winding up, going in for the spanking, and risking a woman being mad at you, follow these tips on how and when to spank the right way.

Spanking during sex is a huge turn on especially for women. It's also just a natural act that men tend to do when they've got their woman from behind. It's exciting, fun, primal, and really increases any sexual pleasure that's happening in the moment.

However, there's also something to be said for those of you who don't know how or when to spank women and do it right. If you make a mistake and just smack her butt too hard, you could ruin the mood for everyone involved – which also ruins your chances at getting with her again.

Why does spanking feel so good?
Some of you may be wondering why spanking feels good. You're probably thinking, "but wouldn't it just hurt?" you've never been spanked during sex before, so it's easy to understand your reservations for why you would want to spank a woman.
But there's actually a reason spanking feels so amazing. Not only is there that primal feel about it, but spanking actually causes just the right amount of pain that it releases endorphins and dopamine into your system as a means to subdue the painfulness of it.
The results, however, are more than just getting rid of the pain. With dopamine and endorphins being the 'feel good' hormones, you actually get a slight happy high from being spanked. These chemicals that are normally present when we feel happy are also released whenever we feel pain – which means that yes, spanking is painful, but it also makes us feel GREAT!

How and when should you be spanking

Now, you can't just go around spanking women and them all to enjoy it. There are certain things you have to do and certain ways you have to do them that make for a pleasurable spanking experience for your woman.
Spanking women can be really sexy, fun, and add a level to your sex life that you're probably missing – but only if you do it the right way. If you want to test the waters and see if spanking women is something you're into, you'll have to know just when and how to do it right.
The When
Knowing when you can spank a woman is one of the most important things about actually spanking them. If you do it at the wrong time, you can fail at creating that sexy mood and you can actually just turn her off. This is when you should really pull out that whipping hand and go to work.

#1 During some heavy foreplay. Don't start out the foreplay by spanking someone unless you have been with them and already know they like it. But if you're engaging in some hot and heavy foreplay, it's the perfect opportunity for you to spank her. It will increase her desires and make her want you even more.

#2 During . If you're in certain scenarios, spanking just makes a lot of sense. Whether you're the professor and she's the naughty, failing student or she's a prisoner and you're her guard, spanking can be a natural way to add reality to these fun scenarios.

#3 When they ask you to. Some women know exactly what they want from you and will tell you to spank them. This is all the say-so you need and you can go to town right away.

#4 When you're behind her. Being a woman during sex and not spanking her is just a lost opportunity for fun. If you have her from behind and are feeling like you want to spank her, you should go for it because there won't really be a more appropriate time.
Spanking women from other positions can work, but none are nearly as accessible as when you're behind them and their booty is raised in the air. This is the perfect time to spank her the right way.

#5 After you've talked about limits. Depending on how far you're willing to take , there may be some limits to think about. If the two of you get together beforehand and you both know sex is going to get intense, you should always go over your limits with her before spanking.
Coming up with a safe word may even work to your advantage as well. Only after you know how far you're allowed to take things should you begin spanking women.

The How
Now that you know when spanking is most effective, you need to learn how. Winding up and going to town on someone's bare bum is not the way to do it. Here's how you should be spanking women.

#1 Start lightly. Going right into the big swings may seem like a good idea because you're so eager, but you should always start lightly at first. Not only will this increase the tension and sexual desire on her part, but you'll also be able to warm up and gauge her reaction much better this way. [Read: 15 painfully embarrassing things that can go wrong during sex]

#2 Work your way up and gauge their reaction. Now that you've started lightly, you can proceed to her a few good smacks. But in order to be spanking women the right way, you should always gauge their reaction and decipher what's too much and when they want more.
Pay attention to how much they tense up and even their facial expression. Any excessive amount of tension and a pained look on her face is telling you to tone it down and not spank her so hard.

#3 Do it spontaneously but not shockingly. The woman you're spanking should be surprised by your spanking, but not so taken aback that it actually scares her. This can also have a lot to do with timing and how forcefully you're spanking her too. So choose an opportune moment and keep the pressure at a medium level.

#4 Rub the area before and after . Not only is this a nice little warning, but it also soothes the area post spanking and makes it all the more pleasurable. This is also a sexy way you can transition into other positions or give yourself a break between positions.
It also just feels really good for the woman you're spanking to get that extra caressing and soothing to her red and sore bum.

#5 Be confident and demanding. Spanking women shouldn't be done by a shy and hesitant hand. You have to be confident in your spanking and demanding. You should be taking on a whole new persona when you start spanking women.
Confidence will also take all the tension and anticipation to the next level. When a man who is in charge and demanding starts spanking a woman, she will abide by whatever rules he tells her. She will also feel safer in the hands of someone who acts like he knows what he's doing.

Spanking women may seem like a mindless act that you indulge in during sex because you think it's hot, but there's so much more to it than that. By following these guidelines, you'll know when and how to spank women and do it right.